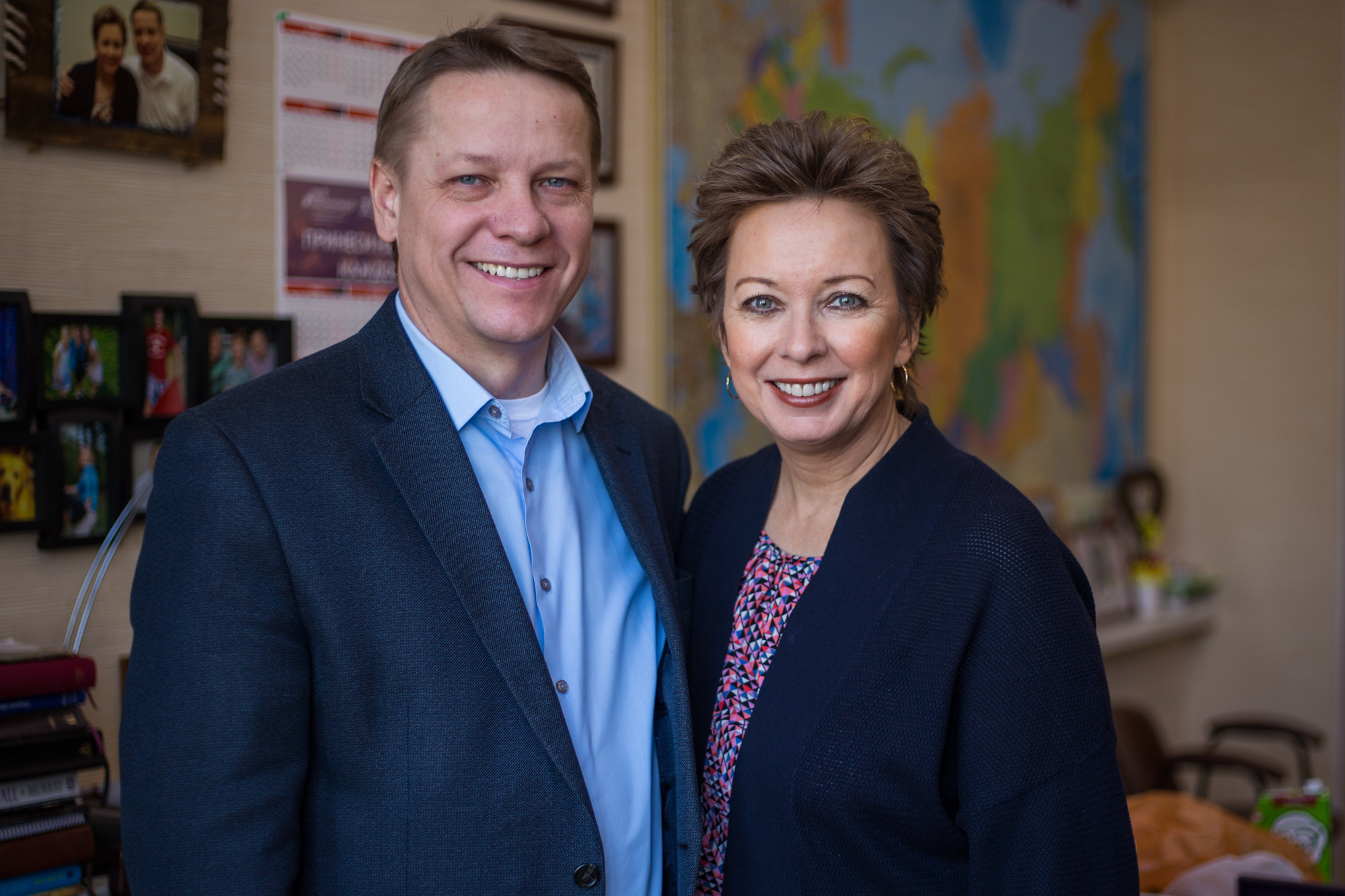 Ilya Bantseev was born and raised in Novokuznetsk, a city in the heart of Siberia, Russia.

His parents were godly people, and in spite of the challenges and hardships wrought by the political turmoil of those years, they faithfully instructed their nine children in the ways of the Lord. At a very early age, Ilya surrendered his life to Christ and had a burning desire to serve Him. During the late 1980’s, Ilya’s parents believed that God was calling them to leave Russia and immigrate to Canada. Ilya’s heart was torn because he loved his family, yet he wanted to stay and bring Jesus to the people of his country. Since it was mandatory to serve in the Russian Army at the age 19, Ilya thought that his induction would satisfy both desires, i.e., his family would not leave the country without him and he would be able to stay where his heart was called. However, Ilya would not take the required communist pledge, nor would he denounce his faith in God. This meant that he would be assigned to a labor battalion composed of hardened criminals in a remote region of Russia. As the date for the departure to the army approached, Ilya’s parents fasted and prayed. God answered their prayers through an amazing series of events, and Ilya was given an extra six months of consideration before being enlisted in the Russian Army. It was during those six months that the Lord opened the door for Ilya’s family to leave Russia and immigrate to Canada. Ilya’s passion, however, was to someday return to his home city and preach the Gospel.

In 1993 Ilya and his new bride, Janet, left the comfort of North America to begin life in post-communist Russia. Arriving in Novokuznetsk, a city of 600,000 people, they immediately faced the challenge of hungry souls and difficult circumstances. Often forced to meet outside or in unheated buildings, the Russian people, bundled in coats and hats during the frigid winter months, gathered and listened as Ilya faithfully shared God's Word. Their hearts were moved as he persevered in preaching the Gospel, and soon a local church was established. Today, that group of people seeking the Lord has grown to over 1000 people, and 15 other church plants were started.  Early in the ministry, Ilya saw the curse of alcoholism and drug addiction. The Russian population continues to decline by 80,000 people every year from a drug overdose.   Ilya saw the immediate need for a Teen Challenge program, and what began as a church plant initiative gave birth to Source of Life, the first official Teen Challenge center in Russia.   Today the Source of Life has four centers, including one center for women, and ministers to over 100 students on a yearly basis.  In 2012, Ilya was chosen to be the Director for Teen Challenge Russia.