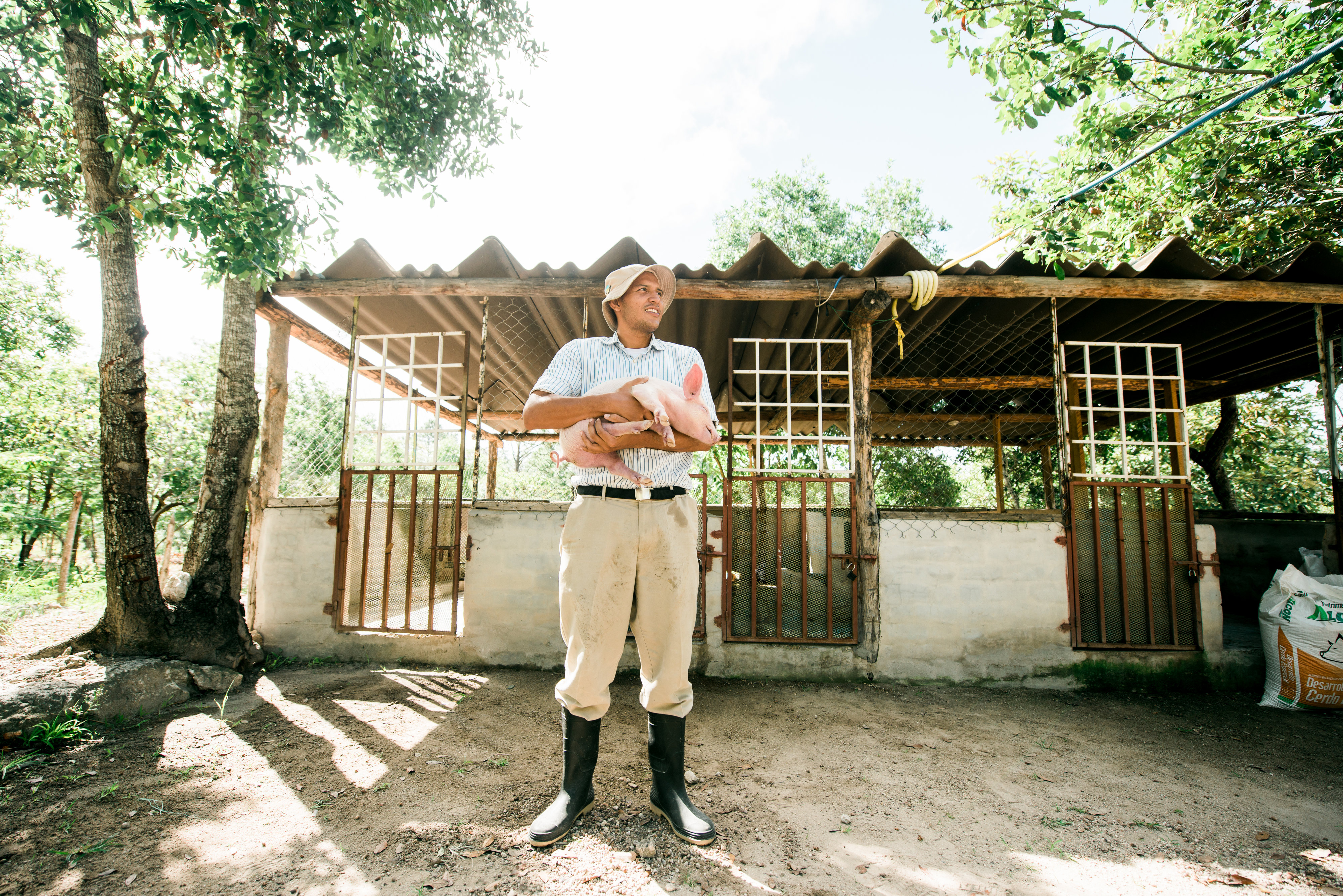 “Even in this humble job, I know that I have value and worth,” Victor, who manages the Teen Challenge Honduras’ Pig Farm, shared. Believing that his life has value is new for Victor. Growing up, he didn’t feel loved or supported by family. In fact, he spent most of his life thinking that he was unlovable. “My father was an alcoholic,” he says. “I felt alone, sad and unprotected from my parents’fights.”

By the time he was 12, he was desperate for an outlet. Some sort of peace or relief from the yelling and dysfunction.“I started smoking cigarettes,” Victor says.“They became an entry drug.” A few years later, Victor was using cocaine and crack. “It helped me forget my problems at home. At least for a little while,” he says. But when his only safe family member — his grandma — died, he felt even more alone and spiraled deeper into drugs. “I felt like there were only two roads. Death or prison,” Victor says.

Then, Victor heard about Teen Challenge and he knew there was a third path he could take. “When I came to Teen Challenge, it was the first time in my life that I felt like someone cared. I felt valuable. I found real knowledge about Jesus and now I can feel Jesus at work in my life.” After 16 years living in the prison of addiction, Victor is finally free. He loves working on the pig farm because he knows he’s part of something bigger. He knows that his work brings in money that keeps Teen Challenge Honduras running, helps to feed the students and staff, and he is learning important job skills that he will use the rest of his life. “I can’t say thank you enough,” Victor says. “Without Teen Challenge, my life wouldn’t be the same.”